Our club was founded by Jay Shapiro at the start of the 2009-2010 football season. Our first ever event was at Bamboo Beach Club & Tiki Bar at Ocean Manor Hotel in Fort Lauderdale's Little Italy area known as Galt Ocean Mile.  Our first event was attended by founding members Jay Shapiro, James Loretz, Troy Gies, Christine Cloutier and even Hotel owner Frank Talerico joined in on the fun.  MIAMI VIKES quickly grew in size and we outgrew our founding location even though it was a GREAT spot!!

After The Tiki Bar we bounced around to whatever bar would accept us before they ended up going out of business: Northridge Sports Lounge, Brick House on Federal Highway and Champps Americana was a great home for three years before they too went under.  We finally found our permanent home at the Historic Downtowner Saloon on the new river in Ft Lauderale.  A great venue where you can arrive by car or boat.  We have our own Vikings viewing area but for larger events such as Season Opener and Playoff Games we pretty much take over the entire venue.  There are currently almost 600 members in the club and close to 300 of them have attended the event in one single playoff game making it the largest Vikings gathering in Florida by far!!

For the 2021/2022 season we plan to bring a former Vikings Player to every game, purple beer at halftime, Minnesota Morsels on the menu, Vikings Cosplay and even Vikings wrapped cars on display! 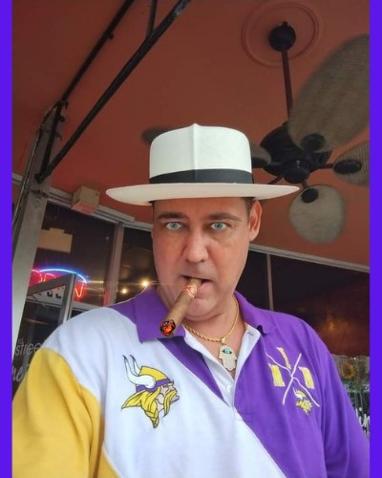 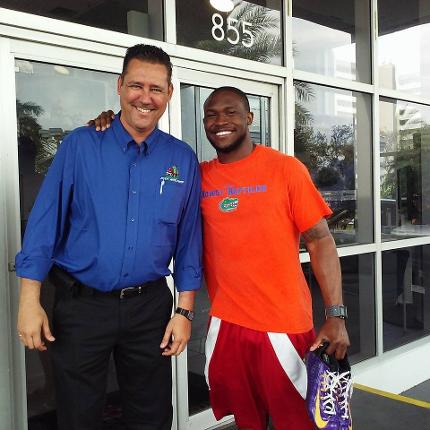 Jay publishes a family of luxury lifestyle magazines.  He is from MN originally and has been in Florida for over 20 years. He is of Viking Descent: Norwegian & Swedish DNA.  Jay's father is a log home builder in Northern, Minnesota who is friends with Bud Grant and has manufactured hand carved furniture for Bud.  Jay is the son of a high fashion model mother and hence grew up going to 16 schools all over the county and never had the time to fit in or learn about sports.  Jay created MIAMI VIKES out of the desire to connect his MN people in Florida when he moved there.  An expert connector and a die hard Vikings fan but don't ask him about sports because he is not a jock and will be slightly embarrassed for not being able to answer the question and might end up ordering another beer to alleviate the anxiety!  Just a FAN but not a fair weather fan!

Luke was appointed President in 2019.  Luke is from Golden Valley, MN.  He obtained his bachelors at the U of M and went on to obtain a Chaplain degree at Liberty University. Luke proudly served his country as a Chaplain in the United States Navy for three years. He is currently a hospitality industry executive and Philanthropist in the Boca Raton area. Luke is engaged to his fiancée Stephanie and they plan to get married in a couple years or so!  Luke loves classic rock music, cocktails in the Florida keys and the Minnesota Vikings!

Treasurer: RC (Roger Craft) RC is the owner of the Historic Downtowner Saloon and other related enterprises.  Originally from Mississippi he has been a Vikings fan for a much longer time than both of the other two main board members of MIAMI VIKES.  A Die Hard Fan from the Fran Tarkenton era.  He does equally support the Denver Broncos.  Roger is more than qualified to manage the finances of our fan club.  He obtained his bachelors degree at Belhaven University and has an MBA from Mississippi College. RC was President of Phi Beta Lambda! (one of the top business fraternities)

Mandeep joined us this past football season and we are excited to have him and his positive energy on board! He brings a HUGE passion for the sport, a loyal nature and a spirit of generosity.  Founder and President of Select Source International. He maintains a home on Lake Minnetonka, MN and a place in Fort Lauderdale which is also on the water.  He is a tech industry Executive who buys and sells and assists in the sale of technology companies all over the globe. Like RC, Mandeep also has an MBA yet his is from The University of Saint Thomas.

Cofounder:  James Loretz - Cofounder since game one in 2009.

Cofounder: Christine Cloutier - Cofounder since game one in 2009. 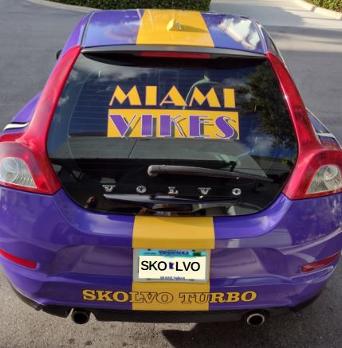 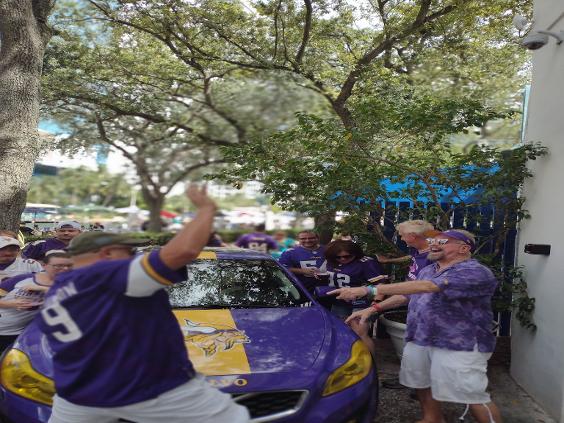